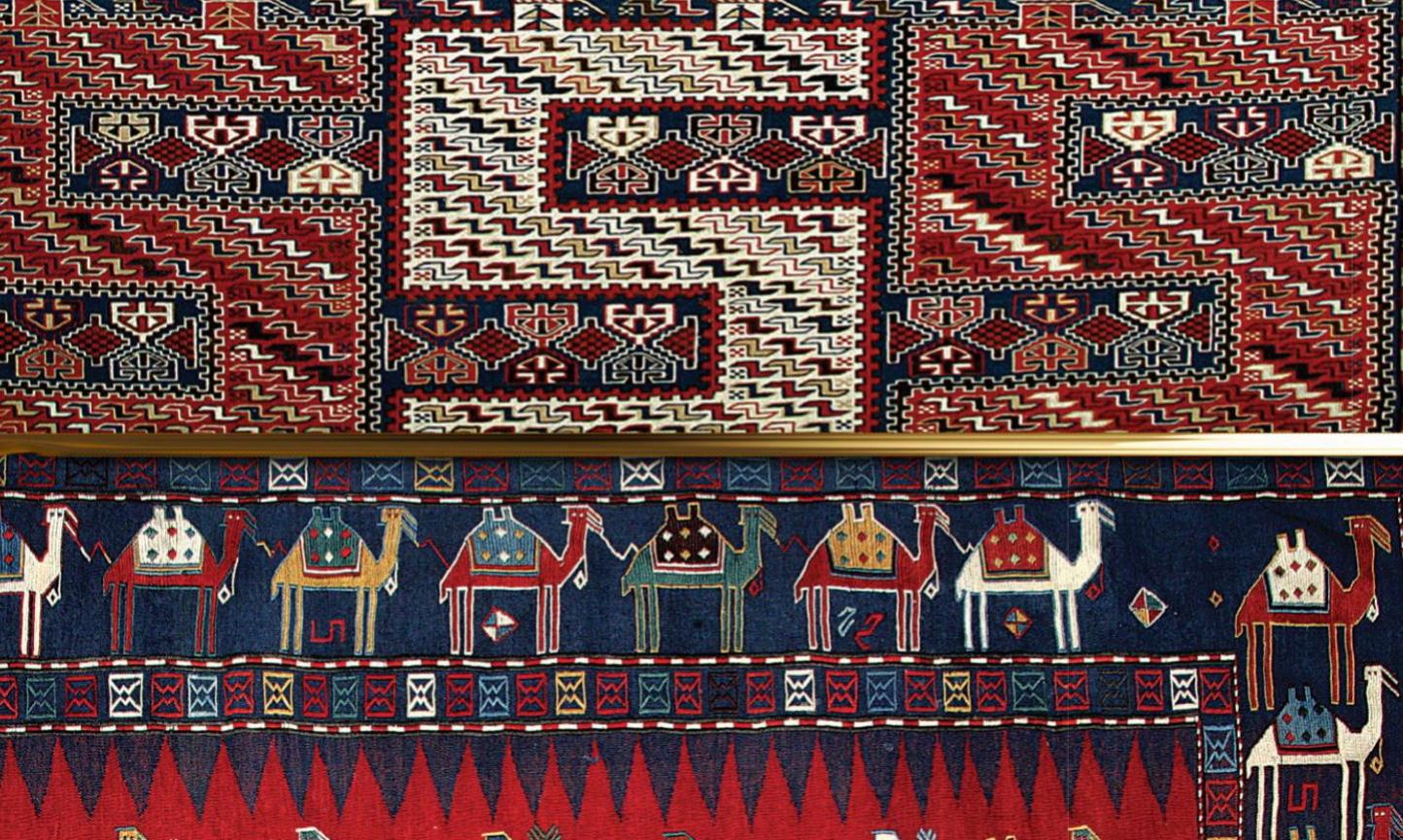 School of Karabakh carpets located in south-west part of Azerbaijan is developed in 2 regions: mountanious and lowland zones. Arabian historians Al-Mugaddasi, Masudi and others considered Karabakh as a big center of pile and coton work up since X century. Shusha city and Dashbulag, Dovshanli, Girov, Trinivz, Chanakhchi, Tug, Kohna Tughlar, Hadrut, Muradkhanli, Gasimushagi, Gubadli, Gozag, Mirseyid, Bagirbeyli, Khanlig, Dag Tumas and other villages of mountanious zone of Karabakh had essential role in the production of carpets in XIX century. In comparison with mountainous zone downland regions such as Jabrayil, Aghdam, Barda and Fuzuli are richer in raw materials and these regions are milestones of carpet fabrication. There were villages in which great amount of population are intensive carpet weavers. Due to ornaments, manufacturing technique and colour distribution Zangazur and Nakhchivan are included to Karabakh carpet school.

In XVIII century Karabakh carpet-weaving school was assembled in Shusha. In XVIII century along with classical flavored carpets, new carpet compositions with ornaments taken from household goods such as "Baghçadagullər ", "Saxsıdagullər ", "Bulud”. Colour palette of Karabakh carpets is so affluent. This palette comprises all undertones of nature of Karabakh. Historically, interim part of Azerbaijan carpets is dyed in red. Besides various plants, these colours are gained from different kind of insects. The most popular insect from which red colour is produced is scale insect. This insect is called “insect of red”, “red worm”, insect of oak”.

The motives of Karabakh carpets are unique for originality of value and depiction. These carpets are designed in national way of perceiving the subject of carpet by horizontal symmetry system. Before there were depicted beautiful paintings as well as plot of hunting was main feature in Karabakh carpets, gradually the interest to hunting themes in carpets got decreased. There are almost no scenes of hunting just attributes and symbols of hunting were described on carpets.

Later that process deepened and in first quarter of XX century hunting theme of carpets faded away completely and it was replaced with description of different animals as a composition. Influence of “Shadda” carpets on fleecy carpets is explained by this way. Ancient flat carpets called “Shadda”‘ s compositions are designed in the way of horizontal, primary symmetric principle  and figures of one-type person and animals are repeated paralelly. Carpet-weavers began to use this motive instead of hunting themes. For example, at the end of XIX century “Atli-itli” (horse-dog), “itli-pisikli” (dog-cat), “Maralli-Jeyranli” (deer-gazelle) and other fleecy carpets were weaved. These compositions are horizontal lines having animal descriptions.

Carpets with the main character devoted to Rustam, from Firdovsi‘s “Shahname” are especially noticeable. Carpets from series of Rustam and Sohrab are re-known with their composition principles, and description in national spirit. These are pearls of carpet-weaving art in terms of idea and artistic characteristics. Carpet-weaving with plot developed in unique way in Karabakh School. Free from western descriptions, this art comprises of principles of very ancient and decorative applied art derived from psychology of nation. Rejection of descriptions of motives and strengthening interpretation of real life events on the carpets are the traits peculiar to Karabakh carpet-weaving art.

Buynuz carpets belong to the type of Karabakh carpets. They are produced in carpet-weaving points in Karabakh. Before Karabakh carpet masters called “Buynuz” carpets as “Horadiz”. In central Asia and Middle East also in Azerbaijan some animals such as sheep, ox, and goat were considered holy. Before characterizing farming, output, then totemism later related to astronomy horn meant different symbols and ideas. Bull is the symbol of power and courage as well as it symbolized “space forces”,  God of water and farming. In the middle composition of the carpet consists of horn drawings. The middle part of these carpets creates horizontal raw by accepted  rules, which consists of similar elements,ornaments. In one hand assymetric structure of horns makes carpet more vivid, on the other hand creates opportunuty to weave carpet how you want. Details in different forms comprising basic element of carpet are sorrounding “Buynuz” has function such as filling.

This carpet is one of the most prevalent kinds of Karabakh carpets. In the north of the country it is known as Balig”, in Iran-Azerbaijan as “Mokhi”. Although this carpet is produced in all carpet-weaving factories, the main production center was considered Berde.

Since second part of XVIII century carpet “Balig” was produced in Shusha. From second half of XIX century 35% of carpets produced here were from this type. Famous “Erag”, “Bichag”, “Mustofi” and other carpets were weaved based on the description of “Balig”. Composition of Balig has the same principle, its spiralles are arranged in short  distance. This arrangement recalls painting of Balig (fish) for that reason artists named it conditionally as “Balig”.

Carpets known as a “Karabakh” were and are currently produced in all carpet-weaving factories of Azerbaijan. Depending on the production place carpets are named differently, but masters call these carpets “Karabakh”.  In XIX century in Shusha, carpets called “Khan” or “Khan Karabakh” having these composition  were produced for export to Istanbul markets, with the same composition carpets weaved in Guba were called “Africa”. Carpets with the name “Karabakh” have several types:

1.Consisting of several medallions composition of  middle part reminds naxisli curtains of Iran and India cloths.  You can come across medallians on the cover of Kuran written by Tabriz artists in XV-XVII centuries  and on the cover of literary books. Titles on the upper  and down part of medallion fill in the gaps.

2.Karabakh carpets have also one kind called “Chini-cheshni” by carpet-weavers. The composition of carpets consists of 8 angled medallions in one row.

Khanlig is the most popular carpet-weaving center of Azerbaijan. The carpets produced here were very beautiful patterns of art and every time it will be so. They are distinguished with high quality. In XIX century carpets made in Jabrayil, Mirzajanli, Afandilar, Dashkasan, Suleymanli villages were considered more beautiful than carpets exported to World market. There is big in the middle part of the carpet. In the upper and down parts of the carpet there 2 guba in 4 corners of the middle part there are symmetric petals. Margins peculiar to “Khanlig” consist of strips. Original patterns of “Khanlig” include complex compositions. For instance, in XIX century under the observance of Khurshudbanu Natavan  carpet known as “Khan gizi” (“Daughter of khan”) was woven.

One of the carpet-weaving schools belongs to Jabrayil type. The name of this type of carpet is related to the name of people residing in north part –Shamkand, Arikli, Kurdhaji, Chorman and Shalva villages of Lachin region. Gasim Haji Sham oglu was respectful personality who lived there. In these villages high-quality carpets were produced until near past. Composition of middle part of these carpets consisting of different details and elements, were original from the artistic point of view. There is big medallion surrounded by edges in the center of the carpet.

There is 4-angled medallion in the middle of medallion. From the sides of lake branches pull out. There are several big branch formed arms in the upper and down part of middle area. There is group between the lakes peculiar to the general harmony of composition.

The name of this carpet is related to village Boyuk Bahmanli in Fuzuli. Middle composition of this carpet is designed from original figures arranged in one row. One or two figures in the middle is especially interesting composition. According to old masters of carpets these figures characterizes “statue”, “brazier” and “turtle”. We can come to the conclusion that figures recalling animals are related to the totem of turtle belief of one tribe.

Malibeyli carpets belong to Shusha group of Karabakh carpets, it took its name from the village Malibeyli situated in 15 kilometers from north part of  Shusha. Male dwellers of this village were engaged in stock-raising, husbandry, female settlers in carpet-weaving. Their carpets were famous all over Karabakh.

The mentioned carpet was woven not only in Malibeyli, but also other carpet-weaving factories of Karabakh. That village is famous for production of carpet outputs such as sack, saddle-bag, and saddle-carpet and so on. These products were used in household and agriculture. Till recent times carved felts were weaved in Malibeyli, those designs are similar to designs of decorative works of Middle Asia. The composition of middle part of the carpet is comprised if strings arranged vertically. These strings have original literary characteristics: in spite of arrangement of middle part and quantity, they are same in forms. There is square formed element in each center and picture of ducks are depicted on them. Ducks as symbol of water are surrounded by the designs in the form of 5. Squares are surrounded by elements like snake and creates image of clouds. As it is known clouds and ducks mean water in Easter decorative art. Since IX century images of cloud, particularly, elements of miniatures and ceramic products entered Azerbaijan art from uygur-chinese art. The reason of simplicity of adoption of those elements is similarities among the nations’ faith, life style and social features. In Middle East and Azerbaijan water is symbolized by fish, duck, straight, wavy lines. 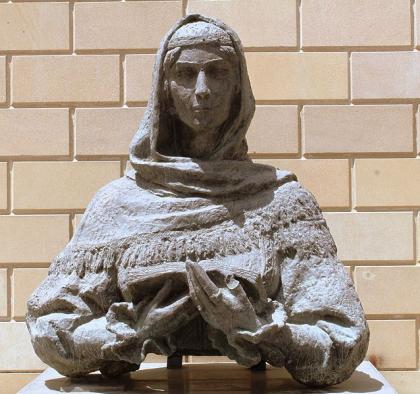 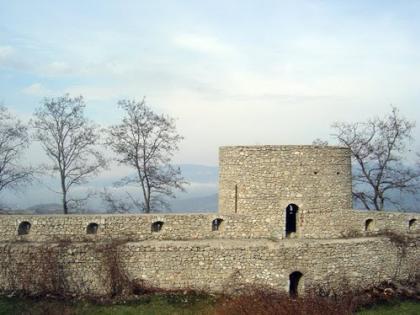 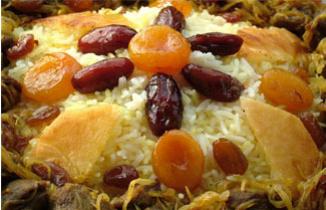