Resettlement of armenians to Karabakh

The establishment of the Armenian state under the patronage of Russia as well as the resettlement of Armenians from Turkey and Iran to the lands occupied by Russia was in no way by accident that resulted from the Russian-Armenian relations that were developed not only in trade, as stated in the Russian and Armenian history, but also in the hostile attitude towards the East Muslim states, especially Turkey and since the 18th century -Azerbaijan.

Let's pay attention to the Armenian poem "I was the tsarina" of the unknown writer of late 15th century. The poem depicts the wedding of the Russian tsar Ivan the third (1462-1505) with the princess of Byzantium Sofia Poleologh. She rejected the presents of Ivan the third and demanded the occupation of Istanbul, while Ivan the third promised to release Jerusalem and occupy Echmiadzin.

As seen, the idea of the poem is quite similar to that of the theory "Moscow-the third Rome". (The ides of Moscow as the third Rome was created after the downfall of Istanbul in 1453 and was turned to the complete theory by the architect of Yelizar Monastery Philophei in the beginning of the 16th century. This theory was based ob the statement that Russia was the heir of the property and rights of the so called second Rome of Byzantium and the union of Christian states against Turkey and other issues). The idea of the poem did not remain only in form of the wish. The steps were taken for the establishment of Russian-Armenian military and political union for the idea implementation.

The Armenian-Russian relations expanded with the occupation of Kazan (1552) and Astrakhan (1556) by Russia and Turkish wars (1635-1639, 1711, 1768-1774, 1787-1791) and the attempts to conquer the Caspian lands even strengthened. During this process the Armenians start to be resettled to Russia and their colonies were established.

The state order of the Peter the Great to the Armenian people (October 10, 1724) played a great role in this process. The order agreed on the resettlement of Armenians on the lands occupied by Russia.

This political course of Peter the First continued within a century. The armenians' resettlement and unification intensified after the victory of Russia in the Russian-Iranian war of 1804-1813 and the signing of the Gulustan agreement which divided Azerbaijan in two parts. After the occupation of Yerevan in the Russian-Iranian war of 1826-1828 the implementation of the plan was initiated. Armenian Catholicon Nerses Ashtaraketsi worked out a project on the resettlement of Armenians. A.S.Griboyedov also contributed to the development and implementation of the plan.

Nerses was invited from Petersburg for leading the resettlement of Armenians in November of 1827. He wrote to Yegiazar Lazaryan that stayed in Tebriz at that time:

"I've just asked the devoted supporter of the Armenian people A.S. Griboyedov not to forget my request about Christian refugees and their acceptance under the flag of Russian masters…I am also writing about all Armenians living in Iran (Paskevich) and now I ask you Ivan Fyodorovich Paskovich to return the towns and villages that are controlled by Iranian government to Armenia under the protection of Russia during the reconciliation".

The Turkmenchay agreement signed on February 10, 1828 stipulated for the resettlement of Armenians by its Article 15.

From Article 15: "His Majesty Shah grants presents to the population and officials of the region called Azerbaijan…Moreover, he gives a year for these families to move from Iran to Moscow freely and to carry their movable property without any tariffs and taxes imposed on them and sell them. As for the immovable property the families are given five years to sell it or to present it to someone voluntarily".

The resettlement committees were established in Yerevan and Nakhichevan for organizing the resettlement of Armenians. The displaced persons were granted important privileges: they were released from taxes and tariffs for the term of six years. They were delivered benefits from the indemnity received from Iran.

The resettlement was initiated after the implementation of definite preparatory measures. The number of Armenians resettled from Iran totaled 40-50 thousand people. During the Russian-Turkish war of 1828-1829 and after it 90 thousand Armenians were brought from Turkey. Armenians were resettled from Iran, Turkey and other Eastern countries from Russia in the later period.Transcaucasia was the major direction of the resettlement.

N.I.Shavrov wrote in 1911: "To date 1 million out of 1 million and 300 thousand people of the total population of Transcaucasia are not aboriginal inhabitants they have been resettled there from our country"

Armenians paid a great attention to the places they were going to settle in Transcaucasia.

A.S.Griboyedov wrote: It's necessary to resettle Armenians from the regions occupied by Russian Army that are Tebriz, Khoy, Salmas, Maragha to Nakhichevan, Yerevan and Karabakh.

Griboyedov fulfilled his duty with a great dignity.

Thus, the resettlement of Armenians caused changes in the ethnic composition of the regions mentioned above.

According to the data of 1823 Armenian families accounted for 1.5 thousand out of 20 thousand families of the Karabakh province (the territory of the former Karabakh khanate)

The ethnic composition of the population changed dramatically after the resettlement.

The historical injustice took place in the establishment of the Autonomous Province of Daghlig Garabagh in 1923 when the mountain and the plain parts were artificially separated from each other, and the consolidation of Armenian population was created favorable conditions and a grave blow was struck on the democratic position of Azerbaijanis.

Armenians of Daghlig Garabagh marked the 150th anniversary of their resettlement in 1978, and a special monument was erected in the Maraghashen-Leninavan region Mardakert-Aghdara. As state above, the resettlement of Armenians was implemented for the sake of both Russia and Armenia's political interests.

Thousand of Armenians became the victims of this provocateur policy of the two countries. The bitter consequences of these political games did not serve right to Armenian, skillful in matters connected with economic interests, they fulfilled with cruelty the tasks of betrayers prescribed them by Armenian and Russian leaders and every time they were struck by the national defeat and tragedy subsequent from these actions. Despite definite difficulties Turkey and Azerbaijan who had always been the objects of these trickeries overcame these problems successfully. 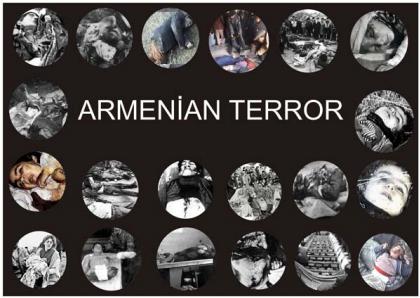 The Armenian Question and Armenian terror 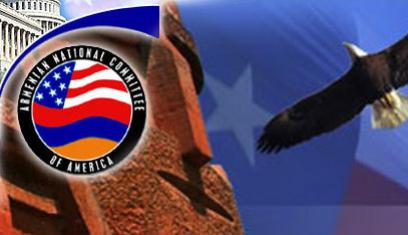