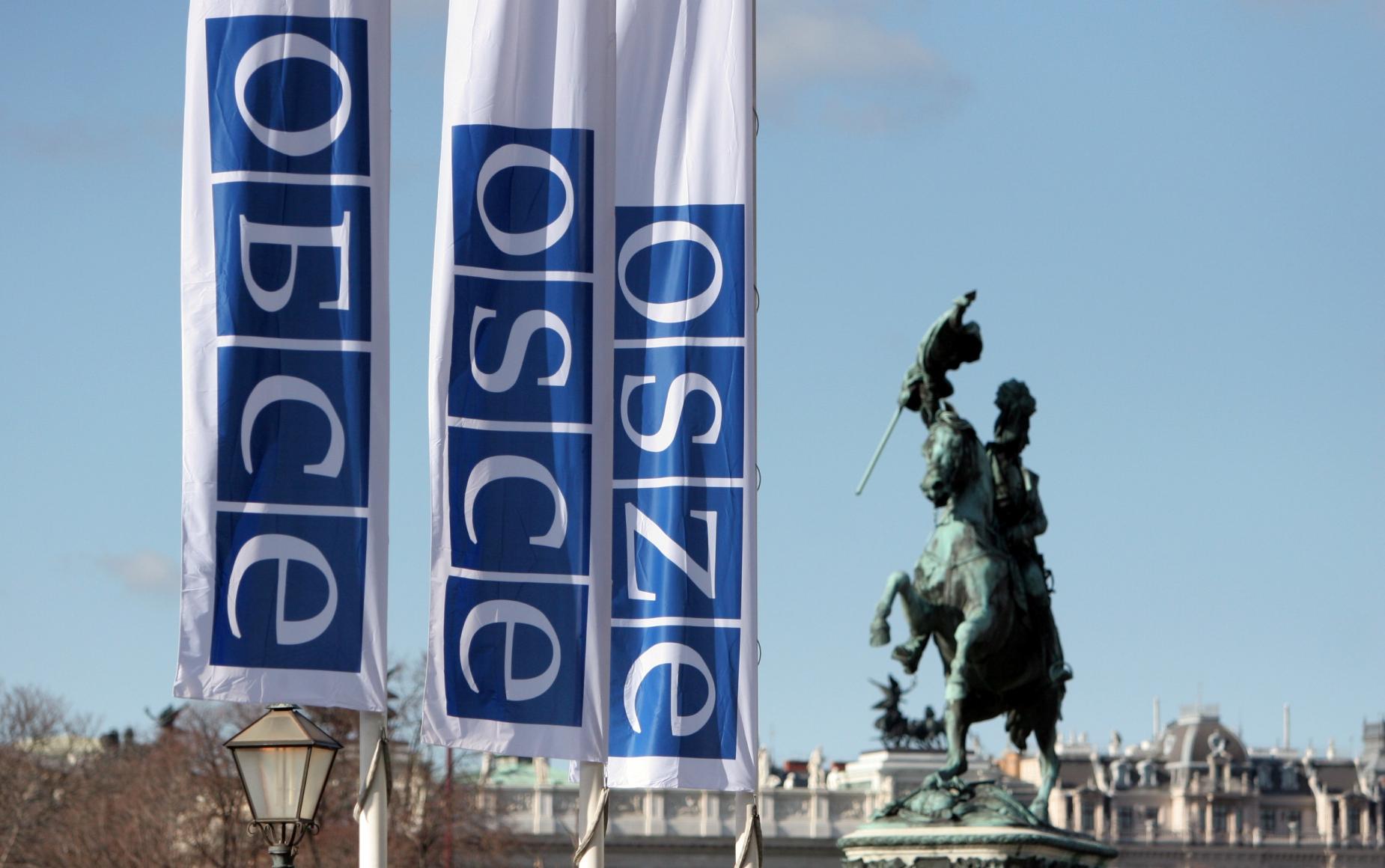 What does the equal rights principle in OSCE Minsk Group Statement mean for Nagorno-Karabakh?

In the end of the already-drew-to-an-end year which marked with the meeting of the Presidents of Azerbaijan and Armenia in Geneva on 16 October, 2017 and some dynamics in the meetings between their Foreign Ministers, the Heads of Delegation of the OSCE Minsk Group Co-Chair Countries released a joint statement on the occasion of the OSCE Ministerial Council Meeting in Vienna in December 2017,welcoming the resumption of high-level dialogue between the sides on political settlement of Armenia-Azerbaijan Nagorno-Karabakh conflict. They expressed satisfaction with the intensified negotiations, and appealed to the sides urging to focus their efforts on finding compromise solutions to the substantive issues of political settlement.

One of the key messages of the Statement was the necessity of peaceful settlement of the Nagorno-Karabakh conflict on the basis of the core principles of the Helsinki Final Act, first time including along with the main and imperative jus cogens principles of international law –the non-use of force or threat of force, territorial integrity and self-determination, – the equal rights. The new element in the Statement, implying the conflict resolution now on four principles, radically changes the process and in fact, gives to the Azerbaijani and Armenian community equal rights to participate in political process after the de-occupation of Azerbaijani territories – Nagorno-Karabakh and seven adjacent districts – by the Armenian military forces and to exercise by the forcibly displaced Azerbaijani population of their inalienable right to return to their homes.

According to the Helsinki Final Act, “sovereign states respect the equal rights of peoples and their right to self-determination, acting at all times in conformity with the purposes and principles of the Charter of the United Nations and with the relevant norms of international law, including those relating to territorial integrity of states”. With respect to Armenia-Azerbaijan Nagorno-Karabakh conflict, this principle implies the possibility of the future status determination of Nagorno-Karabakh through the equal will expressed by both communities of Nagorno-Karabakh region within the territorial jurisdiction of Azerbaijan. It also confirms an illegal and illegitimate nature of referendum on the “independence” of the region which was held on 10 December, 1991 with the participation of the Armenian community of Nagorno-Karabakh only contrary to the will of the Azerbaijani people.

The Armenia-Azerbaijan Nagorno-Karabakh conflict started at the end of the 1980s, following Armenia’s territorial claims for Nagorno-Karabakh and, in parallel, the systematic expulsion of Azerbaijanis from the Armenian SSR started in 1987. At the end of 1991 and the beginning of 1992, when the Soviet Union ceased to exist and both Armenia and Azerbaijan attained independence and were accorded an international recognition, the armed hostilities against populated areas within Azerbaijan mounted from the territory of Armenia intensified and escalated into a full-scale inter-state war. During the 1992-1993 periods, a considerable territories of Azerbaijan fell under Armenian occupation, including Nagorno-Karabakh and seven adjacent districts.

The international community has condemned the use of military force against Azerbaijan and the resulting occupation of its territories. In 1993, the United Nations Security Council adopted four resolutions (822, 853, 874, and 884) in connection with the armed seizure of Azerbaijani territories. The resolutions demand the unconditional and immediate withdrawal of the occupying forces from Nagorno-Karabakh and other occupied regions of Azerbaijan. The resolutions also call for the restoration of economic, transport and energy connections in the region, and return of refugees and IDPs. In fact, the UN Security Council in these resolutions clearly established that “the territory of Azerbaijan was the object of military occupation with all legal consequences that this determination entails”. Despite the legally binding nature of the Security Council resolutions, Armenia has not adhered to its terms and continues to occupy Azerbaijani territories.

“Since 1992 the OSCE has engaged in efforts to achieve a settlement of the conflict under the aegis of its Minsk Group, currently under the co-chaired by France, Russia and the United States. Despite the ongoing political process toward the resolution of the conflict, the policy of Armenian side vividly testify to its intention to secure the annexation of the internationally recognized Azerbaijani territories that it has captured through military force and in which it has carried out an ethnic cleansing on a massive scale”.

Over the past decades, “Armenia has continued its military buildup and illegal economic and other activities, as well as implantation of settlers from Armenia and abroad, destruction and appropriation of historical and cultural heritage in the occupied territories of Azerbaijan with a purpose to further consolidating the current status quo of the occupation and preventing the Azerbaijani IDPs from returning to their homes and properties in the occupied territories”.

Settlement activities in the occupied territories of Azerbaijan are carried-out in a pre-planned and organized form with distinctly defined objective and geographic focus. So-called “deputy prime minister” of separatist regime, Artur Agabekyan mentioned that “the settlement programs is a priority for the NKR Government” and confirmed that residents from Armenia are brought to settle in the occupied territories, calling this process not a “repopulation”, “but just a settlement”.

Armenia is involved in the settlement activities, using various methods such as the provision of subsidies that are mainly related to discounted or even free utilities, free construction materials, low or no taxes, offers of employment opportunities, promotion of private entrepreneurship and etc. Thus, for example, Armenia-controlled “Hayastan All-Armenian Fund” designed a special project of “Re-population of the villages of Artsakh” in support of illegal settlement carried out in pre-identified village clusters comprising of several villages in the so-called “strategic areas”, including those depopulated of their Azerbaijani population in order to facilitate their further re-population with primary goal of preventing the return of Azerbaijani IDPs to their homes, creating a new demographic environment and imposing a fait-accompli.

At the same time, this illegal activity could lead to a fait accompli that would seriously complicate the peace process and create deliberate obstacles for determination of future legal status of Nagorno-Karabakh. However, the latest statement of the Heads of Delegation of the OSCE Minsk Group Co-Chair Countries with the focus on the peaceful settlement of the conflict based on the core principles of the Helsinki Final Act generates new hopes for the headway in conflict resolution process on the basis of the sovereignty and territorial integrity of Azerbaijan within its internationally recognized borders, which was hanged out due to the Armenia’s unconstructive position and the political unwillingness of the mediator states.

The only way to achieve a resolution of Armenia-Azerbaijan Nagorno-Karabakh conflict is assure the unconditional and complete withdrawal of the Armenian armed forces from occupied territories of Azerbaijan and return of Azerbaijani IDPs to their own lands, as the UN Security Council demands in its above-mentioned resolutions. This perspective opens the possibilities of the communications between both communities of Nagorno-Karabakh, which could successfully lead to the determination of the future legal status of the region within the territorial integrity of Azerbaijan.

by Dr.Najiba Mustafayeva,
research fellow of the Foreign Policy Analysis Department
at the Baku-based Center for Strategic Studies