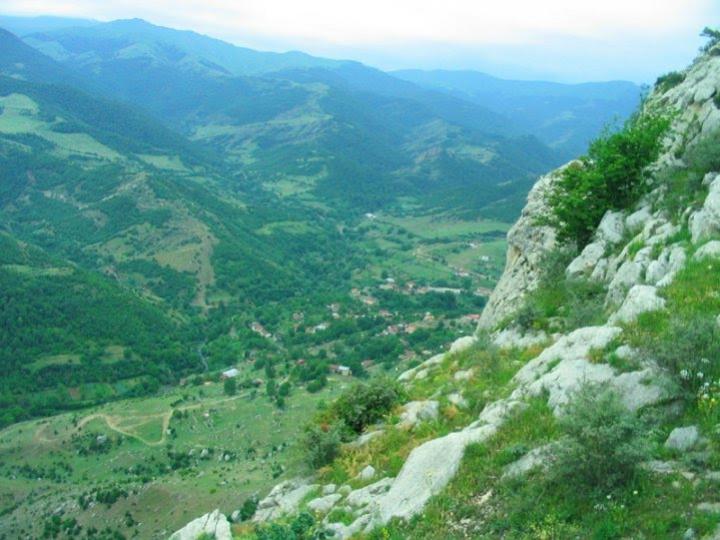 Karabakh is one of the ancient historical regions of Azerbaijan. The name Karabakh is a combination of the words “gara” (black, big) and “bagh” (garden, land). The word “Karabakh” as a name given by Azerbaijani people to their land first appeared in primary sources of the 7th century.

In dealing with the subject of Karabakh, the first question to be answered is: where is this place and which areas of Azerbaijan does it cover?  The answer to this question is especially relevant today for any understanding of the “Nagorno-Karabakh problem” created by the Armenian separatists. To answer this question we will refer first to Mirza Jamal Javanshir Garabaghli, the vizier of the Azerbaijani Karabakh khanate, who wrote in his book The History of Karabakh (1847):

"According to the ancient history books the borders of Karabakh region are as given below: the Araz River in the south, from Khudaferin Bridge to Sinig Bridge.

The eastern border of Karabakh is marked by the River Kura that flows into the River Araz in the village of Javad and runs into the Caspian Sea. The northern border is the River Goran that stretches from Yelizavetpol (Ganja province is meant) to the Kura river which splits and reaches the Araz at different points. In the west it is bordered by the Kushbek, Salvarti and Erikli mountains – the high Karabakh mountain range.”

A detailed description of Karabakh’s territories and borders during the first period of  Russian occupation and colonialism is drafted on the following basis:

1. This information was written by an official directly involved in Russia’s governance of Karabakh, in other words, the information is based on official documents;

2. Further, this is not only grounded in reality and experience, it is also backed up by primary sources. It was not by whim that Mirza Jamal referred to history books to substantiate his position.

It is clear that the name “Karabakh” has long applied not just to the political-geographical area “Nagorno-Karabakh” but to the whole territory of Karabakh — its mountains and its plains. In other words, the name "Nagorno-Karabakh” is not a historical toponym, but is a name given to a part of Karabakh in the cause of separatism. Logic supports this argument: if mountainous (Nagorno) Karabakh exists, then plain and lowland Karabakh also exist. This is the reality: there are today both mountainous Karabakh and lowland Karabakh in Azerbaijan. In addition, both lowland and mountainous (Nagorno) Karabakh have been Azerbaijani homelands in all historical periods, home to the people who have the words “gara” and “bagh” in their lexicon. Hundreds of ancient and rare examples of folklore and musical treasures first appeared in Karabakh and are closely associated with this place.

Several generations of Azerbaijani archaeologists have studied and introduced to the world’s academics the Guruchay culture (Palaeolithic period), the Leylatepe culture (Eneolithic), the Kura – Araz culture (early Bronze Age), the Uzerliktepe culture (middle Bronze Age), the Khojaly-Gedebey culture (late Bronze and early Iron Ages), as well as hundreds of historical monuments of the ancient and medieval periods.  International archaeology has long accepted these monuments as belonging to the history of the Azerbaijani people and these monuments have nothing to do with Armenian history.

The Nagorno-Karabakh problem is rooted in the 18th century, when Armenians were moved from the Iran Plateau and Anadolu and relocated to Karabakh, a determined policy of the Iranian political elite. The Armenians gradually increased in number and began making territorial claims on Azerbaijan. They continued their separatist activities during the Karabakh khanate and organized campaigns by external forces against it. After Russian occupation of the khanate in 1805, the relocation of Armenians there, as well as to Nakhchivan and Irevan, was intensified. In order to formalise this process some paragraphs were even appended to the Turkmenchay Treaty in 1828. The Armenians began making concrete territorial claims on Karabakh, Nakhchivan and Irevan from the beginning of the twentieth century with strong support from Iran and Russia. In pursuit of this goal, Armenians perpetrated genocide in 1918 throughout Azerbaijan. The main aim was to create a "Great Armenia, from sea to sea”. After the establishment of the Azerbaijan Democratic Republic in 1918 Irevan, the historically ancient territory of Azerbaijan was ceded to the Armenians and the issue seemed to be resolved. Further, during Soviet rule Zangazur and Goycha were given to Armenia. Thus, Russia and Iran realized their aims not only to separate Azerbaijan from Turkey, but also to split Nakhchivan from Azerbaijan geographically. However, their repeated attempts to annex Karabakh to Armenia in the Soviet era were in vain.

Before the collapse of the Soviet Union, the Armenians in Karabakh had already armed and they began operations there in 1988. Large-scale military operations were halted with the signing of a cease-fire in 1994, and Nagorno-Karabakh together with another seven, adjacent, regions of Azerbaijan  - Lachin, Kalbajar, Aghdam, Fizuli, Jabrayil, Gubadli and Zangilan - were occupied by Armenia. The separatist regime in Nagorno-Karabakh declared its “independence” in 1991. This “independence”, which does not comply in any way with international law, rightly remains unrecognized by any country.

Victims of agression in Azerbaijan

The Working Group on Assessment of the Casualties and Losses to the Occupied Territories of Azerbaijan that reports to the Cabinet of Ministers of the Republic of Azerbaijan, has produced information that more than 800 billion dollars of damage has been caused to Azerbaijan by the Armenia-Azerbaijan, Nagorno-Karabakh conflict.

The cities, settlements and villages liberated from Armenian occupation between 27 September and 9 November 2020

On 10 November, the President of Azerbaijan, the Prime Minister of Armenia and the President of Russia signed a statement declaring a complete ceasefire and end to all military operations in the conflict zone. In accord with the statement, Aghdam region was handed back to Azerbaijan on 20 November, Kelbajar region on 25 November and Lachin region on 1 December. The Gazakh region villages Baghanis Ayrim, Kheyrimli, Sofulu, Barkhudarli, Yukhari Askipara, Gizil Hajili and Ashaghi Askipara, as well as Kerki village in the Sadarak region of the Nakhchivan Autonomous Republic, will also be liberated from Armenian occupation. After the cessation of hostilities on 10 November 2020, Azerbaijan's sovereignty was established over other cities, settlements and villages in Karabakh, and the territorial integrity of the Republic of Azerbaijan was restored. Karabakh is Azerbaijan!